Article du 01 fevrier 2006 du The Daily Journal/ Journal de Caracas
http://www.thedailyjournalonline.com/article.asp?CategoryId=10717&ArticleId=222411
Désolée, ce n'est pas traduit mais ce ne sont plus des anonymes qui s'expriment.
Ce sont les propos du Lt. Col. Lorllys Ramos Acevedo en autres. Les diffrérentes hypothèses envisagées...... Le rapport définitif devrait intervenir fin mars 2006
Si quelqu'un traduit merci de le transferer par mail : avca-metropole@ifrance.com
Investigators are weighing several theories, from icy conditions to pilot error, as they struggle to determine why a plane crashed in Venezuela last August killing all 160 people on board, an official leading the investigation said Tuesday.
The chartered West Caribbean Airways jet crashed in western Venezuela on Aug. 16, killing 152 tourists from the French Caribbean island of Martinique and eight Colombian crew members.The pilot radioed authorities saying “flame out” in both engines as the McDonnell Douglas MD-82 jet plummeted to the ground.
But Venezuelan officials have since said they don’t believe the engines actually failed, raising doubts about what caused the jet to plunge.
“We have various hypotheses,” investigation board chief Lt. Col. Lorllys Ramos Acevedo said in a phone interview, declining to give specifics.
“There are many factors we have to study to arrive at a definitive conclusion,” she added, saying investigators were looking at “the human factor,” the way the aircraft functioned and the weather conditions.As for whether ice formation on the plane could have been a factor, she said investigators still could not say with certainty. Investigators could make a report on their latest findings by the end of March, but it may take more time to offer definitive conclusions, Ramos said.
“There are still many questions,” she said.
“We aren’t going to rule out any factor. ”French, Colombian and U.S. experts have been cooperating with Venezuelan investigators, and the cockpit voice recorder has been analyzed in France along with the flight data recorder.
An initial report from Venezuelan investigators issued in November said the plane began a normal ascent from 9,450 meters to 10,060 meters about 20 minutes before the crash. It said the plane leveled off about two minutes later and accelerated, all appearing normal. About 90 seconds later, the plane began to steadily decrease speed, and after eight minutes, the autopilot was disengaged, the report said.
Asked whether a rapid climb before that was thought to have affected the autopilot system, Ramos said no and added, “That’s false.”
Grant Brophy, director of flight safety and security programs at Embry-Riddle Aeronautical University in Daytona Beach, Florida, said one big question is why the plane’s speed suddenly began to flag.
“Why is there no power?” he said after reviewing the initial investigative report.
He said one possibility – among many – is that crew members were getting erroneous readings from instruments. He added that has been known to occur when ice forms over the air intakes used for flight instruments.
The cockpit recording revealed the crew cited “weather conditions that included possible icing conditions” on the plane’s body minutes before the crash, the investigative report said. However, Venezuelan investigators have said the jet’s anti-ice system was working and had been activated. AP
Publié par 2mo4pawol à 4:56 PM 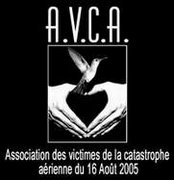